In what is being seen as a breakthrough in the Gulf crisis, a quartet or Arab nations that have been boycotting Qatar has scaled back demands to end the blockade.

Qatar no longer needs to shut down Doha’s Turkish military base, expel problematic residents or close Al Jazeera, among other things.

Instead, it is required to agree to six general “principles” on fighting terrorism and extremism, Saudi Arabia’s Ambassador to the UN said yesterday.

It “should be easy for the Qataris to accept” these notions, Abdallah al-Mouallimi said, according to the Associated Press.

“There will be no compromise when it comes to principles,” but implementation is “where we can have discussion and compromise,” he added.

The announcement was made on behalf of four boycotting countries including Saudi, the UAE, Bahrain and Egypt.

It comes amid international pressure to bring an end to a de facto siege that has isolated Qatar from its neighbors for the past seven weeks.

Qatar, which earlier this month refused to agree to all 13 initial demands, has not yet officially responded to the scaled-back demands.

But its Ambassador to the UN Alya bint Ahmed Al Thani did dismiss them yesterday as a face-saving measure. The Wall Street Journal quoted her as saying:

“It’s not because they are showing a sign of good faith as much as responding to the heat they received for the unreasonable demands they initially made.”

According to Al Jazeera, these are the six new requirements: 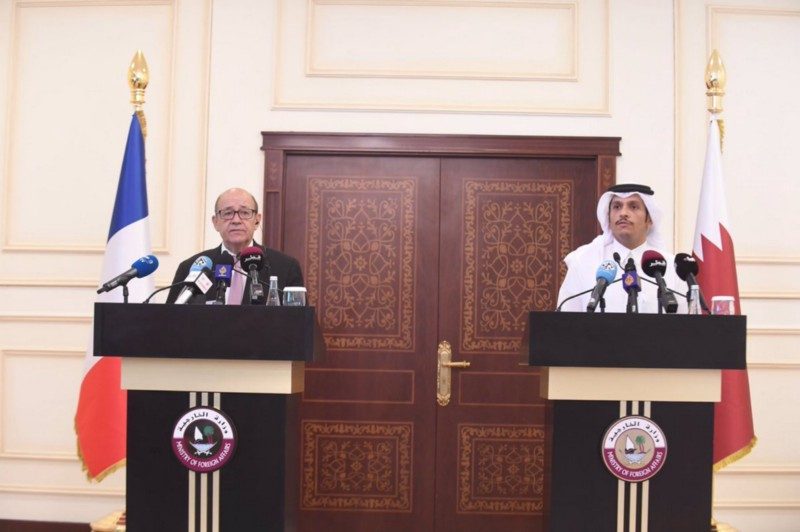