It has been estimated that FIFA will make around $6 billion in revenues from the sporting tournament.

The advantages of working with FIFA to increase employment opportunities in Africa outweigh the ongoing “controversies” surrounding Qatar’s hosting of the World Cup 2022, claimed the head of the World Trade Organisation (WTO).

A Memorandum of Understanding between the WTO and FIFA was signed on Tuesday with the intention of increasing the involvement of cotton-producing nations in the global football market.

“Maybe there have been controversies and we are not shying away from that,” WTO Director-General Ngozi Okonjo-Iweala told CNBC in Geneva.

In light of Qatar’s handling of migrant workers involved in World Cup construction projects, Okonjo-Iweala’s comments at a time when the Gulf state is facing increasing scrutiny.

“No one has shut down the World Cup,” Okonjo-Iweala said, adding that it will not take place.

Speaking at the same panel in Geneva, FIFA President Gianni Infantino said: “Thanks to the spotlight of football, as well, many things have changed in Qatar,”

“I am happy to take all the criticism of everyone for everything, doesn’t matter, as long we can have a little, little concrete and real positive impact.”

The cooperation agreement, which will be in effect until December 2027, stipulates that FIFA and WTO will exchange knowledge and expertise on the economic aspects of football and look into using the sport as a vehicle for women’s empowerment in developing nations.

“I think that the balance of thinking is if we are going to have the whole world going to this place for this World Cup, no matter the controversies, and we have a chance to make this whole thing benefit poor countries through trade, we will take it,” Okonjo-Iweala said.

“So it’s a considered decision.”

The partnership between the two giant organisations would be beneficial to the “Cotton Four” nations, namely Burkina Faso, Benin, Chad and Mali, Okonjo-Iweala argued.

Highlighting the transformative nature of football, Infantino said: “In Qatar, for example, in terms of, of workers’ rights, of human rights. Things have still to change. But a process has started and people are much better now than how they were before,” he said.

Qatar’s major transformation since winning the bid for the FIFA World Cup 2022 has been carried out in just a few years, FIFA President Gianni Infantino said in June at the Qatar Economic Forum in Doha, noting such moves took hundreds of years in Europe.

“It took us in Europe hundreds of years to arrive where we are now […] in this part of the world, in Qatar, it has been done in a few years so it’s clear that at the beginning we need some time to assess it.”

The Gulf country has undergone major reforms, especially with regards to its labour laws.

Dismantled in 2020, the kafala system had stopped workers from freely changing jobs. However, some employers have failed to abide by the law, posing challenges for employees navigating through the process.

According to a UN International Labour Organization (ILO) report, some workers also face retaliation from their employers when changing their jobs. 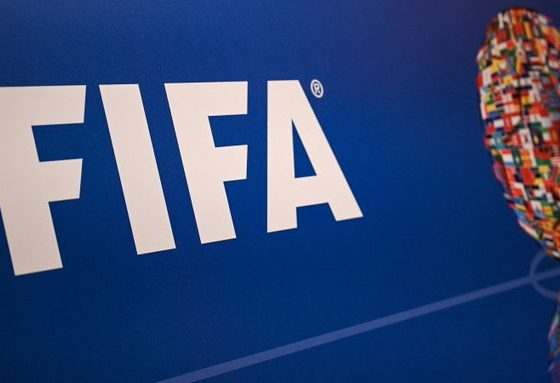